The 6 Best Places to Visit in Spain

Spain is a diverse country that is known for its culture, history, nightlife and relaxed lifestyle. Its festivals, World Heritage sites, stunning landscapes and lively cities makes it one of Europe’s top destinations and this is not hard to see why.

It is a country that can be visited year round, with its beautiful beaches, lush meadows and snowy mountains, offering something appealing for everyone. And that is just on the mainland. Spain’s island destinations have even more to offer, though the great weather and beaches are of course their main draw.

Campervan hire Spain is a popular choice for holidaymakers.  It gives me the freedom to see and do whatever I please. It also allows me to explore all of the nooks and crannies that the country has to offer, and I highly recommend this to anyone that is thinking about visiting Spain.

There is so much to see and do in Spain,often making it hard to choose where to go. Here is my choice for 6 of the best places to visit in Spain. 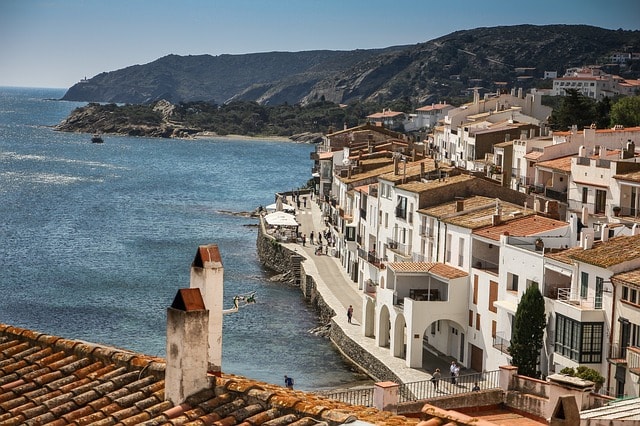 Barcelona is located in northeast Spain along the Mediterranean coast and is one of the country’s most visited destinations as well as my personal favourite. It is a great place to shop, dine and party as well as being home to some incredible architecture.

The most famous landmarks in the city are thanks to the architect Antoni Gaudi, which include the iconicSagradaFamília, Casa Milà and the magnificent Park Güell. Some other must do’s in Barcelona include taking the Harbour Cable Car to Montjuic for some spectacular views of the city and taking a walk along the lively tree-lined Les Rambles.

Spain’s capital city should not be overlooked, as it is home to the country’s top museums, like Reina Sofía National Museum and Art Center and Museo del Prado, as well as one of the world’s most lively nightlife scenes. Must see places of interest in Madrid include the Palacio Real, Puerta del Sol and Plaza Mayor. If you can, arrange to catch a Real Madrid match or to stroll around the hip Chueca and Fuencarral Street Area

Seville is a beautiful city filled with grand architecture, important historical landmarks and has a buzzing nightlife. It is the most visited city in Spain’s most southern Andalucia region, with the Guadalquivir River cutting through the centre of it. Famous sights in Seville include the Moorish style Alcázar, the magnificent Plaza de España and Cathedral of Seville, which is believed to be the burial place of Christopher Columbus. I also highly recommend going to a flamenco show and strolling through the city’s open-air market.

The capital city of the stunning Costa Blanca, Valencia is a city of art and science as well as being a fantastic place to soak up the sun. It is home to the magnificent City of Arts and Science building and the UNESCO World Heritage Silk Exchange Market, as well as playing host to the famous Fallas Festivity. Valencia also has three fabulous beaches and is a great starting point for exploring the rest of this beautiful coastline.

Many believe that Cordoba is one of southern Spain’s most beautiful cities, what with its stunning architecture and small town charm. In fact, the entire city has been designated as a World Heritage site thanks to its diverse culture and medieval historic centre. I love to stroll along the small medieval streets, whitewashed courtyards and plazas that are set around the Mezquita, which is the city’s most famous attractions. This magnificent mosque-turned-cathedral is renowned for its red and white Islamic-style arches, massive bell tower and Patio de los Naranjos (Court of the Oranges). I also highly recommend visiting the Roman Bridge, the 8th century Alcazar de los Reyes Cristianos and the Museum of Al-Andalus Life.

Sitting on the banks of the NerviónRiver in Northern Spain, Bilbao is most noted for being the home of the iconic Frank Gehry designed Guggenheim Museum. But it also has so much more to offer, including the 14th century Cathedral of Santiago, the 16th century Basílica de Begoña and the Teatro Arriaga. Bilbao is also home to the biggest covered market in Europe, the World Heritage Vizcaya Bridge and some fabulous Basquerestaurants. If you are visiting in the summer I recommend you go for a stroll in the beautiful Doña Casilda Iturrizar Park or go to a concert at the open-air Kiosko del Arenal.

These are my personal top 6 places to visit in Spain, though there are countless others. Spain has three coastlines, mountains, rolling hills and lovely cities, opening up countless opportunities for visitors. There are also over 35 motorhome depots spread across the country, both on its mainland and its islands, and a plethora of places that can be used as bases for discovering this magnificent country.