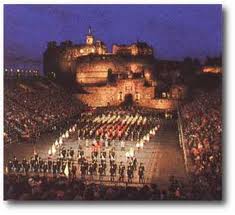 The Edinburgh International Festival has been showcasing the world’s best classical music and visual arts to the public for over 60 years. Happening each year in August, the festival runs over three weeks in some of the city’s biggest venues and concert halls, including the historical Usher Hall, the newly refurbished Edinburgh Festival Theatre and the former Gothic cathedral The Hub.

Classical music, theatre and opera are the main features of the festival, which also showcases visual arts exhibitions and hosts workshops. The festival’s mission is to highlight Scottish culture as well as other cultures around the world at the highest standard possible. It is the world’s biggest annual international arts festival, and brings millions of visitors to the city each year.

Venues that host the Edinburgh International Festival are spread out all over the city, with the majority being found in and around the city’s historical Old Town. This makes it easy to get from one venue to the next on foot, while the rest of the city can also be traversed by walking or by taxi.

There are numerous accommodations close to all venues participating in the Edinburgh International Festival, though the most cost effective way to enjoy the beautiful music and theatre performances is by hiring a campervan. These are available right at the Edinburgh Airport as well as at the Edinburgh Train Station and are supplied by Big Tree Campervans.

While enjoying the Edinburgh International Festival visitors can also easily explore the rest of the city, visiting areas such as the coastal Leith area that sits on the coast of the Firth of Forth and West Edinburgh, which houses the Edinburgh Zoo. Vehicles offered by Big Tree Campervans’ are re-fitted Toyota Granvias, making it easy to drive and park around the city.

When not enjoying a show at the Edinburgh International Festival visitors should also get out and explore outside of the city and learn more about the history and culture of Scotland. Drive across the Forth Road Bridge to the historical town of Dunfermline, which is the country’s ancient capital. Visit Dunfermline Abbey and Carnegie Hall and walk around Pittencreiff Park.

Drive west to Linlithgow, the birthplace of Mary, Queen of Scots. Here, one can visit the magnificent Linlithgow Palace and Blackness Castle and can enjoy a boat trip along Union Canal. Head east to North Berwick to visit the 14th century Tantallon Castle and the Scottish Seabird Centre or to enjoy a sunny day at the beach.

Advantages of Buying a Static Caravan

Static caravans are like a second home and like a home are expensive, but if maintained well your caravan will last a lifetime.