Toronto is Canada’s largest and most populous city, while also being the highlight of its province, Ontario. camper van rental in Toronto comes highly recommended for trips out of the metropolitan area, with camping sites found in the suburbs. The selection of RVs is more than satisfactory.

Ever since 1998, Toronto has contained six further internal cities that cover 600 square kilometres between them. The Don River Valley, the Humber and Rouge Valleys, and the areas around Lake Ontario are the most popular with Motorhome drivers.

RV Rent A Campervan have been providing memorable campervan holidays since 2001, this experience coupled with a customer service team that really care will ensure you join the many thousands of happy campers that have booked with us. 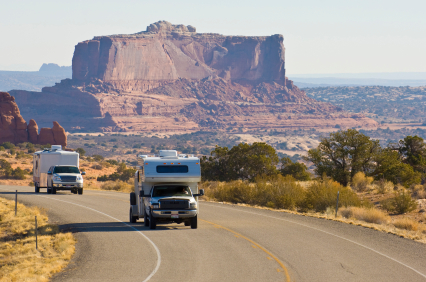 Head roughly 130kms from the metropolitan area close to the border with New York State in the US and eventually end up at one of the planet’s most popular wonders. Horseshoe Falls, the American Falls, and the Bridal Veil Falls are 3 waterfalls that are actually one of the most popular tourist sites in North America. Little do many know, Niagara Falls is between the United States and Canada. Most people like to go on tours in the water below Horseshoe Falls and get soaked by some of the water that plunges 188 feet! While here, along the river one can also do the Niagara River Recreational Trail for some more fun and to understand the history of the war that happened here. Accommodation for those with a Camping Van is abundant in this area and Niagara Falls KOA or Jellystone Niagara Camp Resort are popular sites. The panoramic views here are stunning and have inspired many great works of art.

This cute and quaint town is just a couple of hours to the west of Toronto city center after a scenic drive. It plays host to a Shakespeare festival that runs from April to November each year. It is also home to an annual outdoor Stratford music festival during the months of July and August. Aside from the great times many have at the Shakespeare festival, much more fun is to be had here. A gorgeous park is waiting for you to explore it at the Avon River. Some people choose to rent a canoe and go around the lake while they are here. One can also go to the Stratford-Perth Museum while here and learn about the history of the city itself. Unrelated to Shakespeare. Happy Hills Resort in Embro and Country Gardens Campervan Park are popular with RV users, as Toronto is a very easy place for one to get around. Brickman’s Botanical Gardens is only a 15 minute drive out the city limits and is a peaceful place to relax.

Worth it for the scenery alone and only an hour and 30 minutes drive from the country’s capital, Ottawa, Thousand Island is not to be missed! Actually, it is more than a thousand islands. It is currently 1,864 islands that runs along the U.S and Canadian border on Saint Lawrence River. One of the things many people love to do is see some of the unique architecture people have placed on their own islands. An example would be some of the people have chosen to make their own castles as their residence. Wolfe Island has a ruined fort on it from the American Revolutionary War that is great for history buffs. Also, there is only 1 artificial island here. You are looking at natures finest when you get to glimpse at the beauty that the earth has created. The 1000 Islands Camping Resort and Ivy Lea KOA Campground can be used by those with RVs – both are located in Lansdowne.

Road network:
As Toronto is so big, most of its roads run for long distances. The highways are usually congested from 07:00 to 10:00 and 16:00 to 19:00. As a city of over eight million people, Toronto is well served by the AA. Petrol stations in Toronto are easy to find.

Safety:
Roads in Toronto are in excellent condition and drivers drive on the left. Using a mobile phone in Toronto and the rest of Canada is prohibited while at the wheel.