Dusseldorf is a fashionable city similar to Paris in France its close neighbor to the west. Be prepared to witness the latest in fashion and living design. It is also a fun city with a reputation for night time clubbing and upmarket clubs and claim to fame for having the longest bar in the world. Most of the action can be found in old town part of the city.

Dusseldorf, on the River Rhine, is one of western Germany’s highlights. It is the capital of North Rhine-Westphalia and one of this part of the country’s main economic centres. But Dusseldorf is more famous for its carnival and other events as well as its nightlife and shopping.

Due to it’s proximity to other popular spots around western Germany, such as Bonn and Cologne, in addition to neighbouring borders, touring holidays are popular with tourists who prefer to enjoy the freedom that self drive provides. Touring vans and cars can be booked from camper depots in the city centre, such as the Old Town and Burgplatz as well as Dusseldorf International Airport. 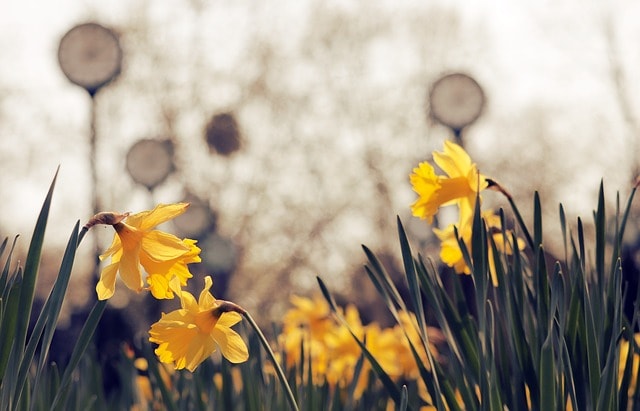 Get on the autobahn and enjoy the drive to West Germany’s former capital. Bonn home to Beethoven has also a well deserved reputation as one of Germany’s finest centres for art and culture. For lovers of classical music time your visit over the months of September and October when a series of concerts are held each year in celebration of classical music. Motorhome sites can be found at DCC-Stadt-Camping and Campinggesellshaft am Entengangee mbH.

Fine views of the Augustusburg Palace, on UNESCO’S World Heritage list, can be enjoyed on this drive before you eventually arrive in Bruhl itself. Should you wish to stay overnight in this area with your RV Rental, you can do so at Campinggesellshaft am Entengangee mbH or DCC-Stadt-Camping.

A small town that is a nice drive from Dusseldorf on the autobahn, especially for the Drachenfels mountain. Most motorhome accommodation in the locale is in Ludenscheid and at locations such as Gaststatte Crummenerl Klaus and Phanomenta.

Campervan parks in Dusseldorf and the surrounding area are nearly all near a river or lake. This makes it easy for every visitor to cool down during the hot summer months or enjoy fishing.

Campground Lörick is next to the harbor in Dusseldorf where the many yachts are moored. The campground itself is on the floodplain of the Rhine River so its landscape slightly changed from year to year. Not only is it near the river, but they also have a pool to enjoy during your stay.

The pitches have a limit in size of the caravans to 6.5 meters, have electrical hookups and are on the grass. The pitches are mostly shaded with the landscape in a protected area of the Düsseldorf Rheinauen.

There are showers, washing machines and dryers on site. Kids and dogs are permitted in the park. A beer garden is also on site along with trails and bike paths to enjoy. This campground is 6 km from the city center and 10 km from the trade fair centre.

Campsite Zweckverband Unterbacher See is next to District 8 in Dusseldorf on the banks of the Unterbacher See. The pitches have electrical hookups with water and sewer close by. There are both grass and pavement pitches available. There are pitches both by the lake and in the woods.

There are restrooms, showers, washing machines and dryers on site. Fresh bread is available daily. Swimming is allowed in the lake and there are also surfboards, kayaks, sailing boats pedal and rowing boats available for rental.

This is a kid and dog friendly site. For the kids, there is a large playground and game room to help keep them entertained.

Parkplatz Rheinterrasse/Tonhalle is on the edge of the Rhine in the city of Düsseldorf just north of the town principal.  This park is exclusively for motorhomes with a maximum length of 7 meters. There are no electrical or water hookups, but there is a place to dispose of wastewater and sewer.

The pitches are illuminated at night and on a hard surface. Dusseldorf’s business district is a 10 minute walk along the river.  The park is on the river, but the only access to the water are for boat rides, no swimming permitted. The boat traffic would hinder any fishing.

These three places of campervan parks in Dusseldorf have a variety of settings so you have a choice of what accommodations you want while enjoying this western German city.

The local authorities encourage residents and visitors to use public transport. However, getting around the rest of the state and western Germany can only really be done by hiring a camping van or car. Petrol stations are easy to locate.

0.5 per cent. The roads aren’t as heavily policed as those of other German cities but there are harsh punishments for offenders.

Driving around is done on the right of the road. Most parts of the city are accessible, meaning the AA will reach you if needed. Don’t drive and talk on the phone.

We can offer you a wide choice of campervans with the omnipresent VW on every suppliers fleet. Prices vary based on season and booking early is recommended so that you get the correct size and type of RV, but also it will be cheaper the earlier that you book. Have look at our special deals by tapping the click option below.