Need to rent a 4×4 campervan for your tour if Iceland? This is the most popular way to tour Iceland and in addition to the top branded suppliers such as Touring Cars and Pure Motorhomes we can also offer the local suppliers such as Happy Cars and Easy Camping. We also offer a good selection of 4×4 camping cars that are great on the narrow gravel roads. Please note off roading is prohibited and for good reason as it takes years fro the damage to vegetation to recover.

Reykjavík, the capital city of the vastly untouched nation of Iceland, is a fantastic place to start a self-driving exploration of the country. Iceland is filled with national parks, lakes, lagoons and some magnificent scenery, and a motorhome is the best way to catch a glimpse of all the country’s natural beauty.

Iceland’s cultural centre lies in Reykjavík, the most visited and developed city on the island. self contained recreational vehicles are the most popular way to tour around, especially with those who to visit the west fjords and the rugged mountainous interior. Roads are ideal for driving a motorhome, and camping sites are plentiful and no shortage of hot lagoons for a refreshing bath. 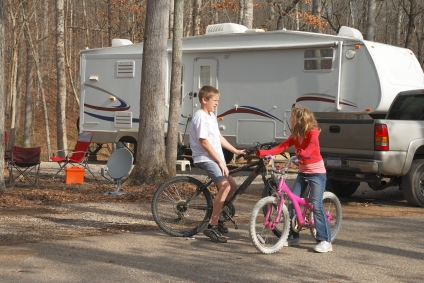 this route runs from Reykjavík to the UNESCO World Heritage site, one of the most visited in the country. Stop in Þórsmörk valley and the picturesque town of Selfoss. Rest in Gesthus Camping Grounds, Laugarvatn Camping Grounds or in the national park itself.

is Iceland’s most popular route, running from the capital city to the waterfalls at Gullfoss, the geysers at Haukadalur, and Kerið, a volcanic crater. There are a number of great campsites along the way, including the Faxi Waterfall and Hveragerdi Camping Ground.

travel along the southwest coast from Reykjavík to the town of Stykkishólmur. On this trip, stop in at the Snæfellsjökull National Park to see its spectacular glaciers while resting at the Olafavik Camping Grounds. Take a daytrip to the Breiðafjörður islands while staying at the Stykkishólmur Camping Grounds.

all roads on the recommended drives are well paved and suitable for motorhomes, with many towns, villages and stunning scenery to see on route.

here they drive on the right. The main ring road around the island is in good condition. Other roads are also fine, but a four-wheel drive is recommended.

We’ve come up with a list of the best motorhome hire options in Reykjavík through suppliers such as Camper Iceland, Geysir, Touring Cars and Europcar. Vehicles can be picked up in the city centre and upon arriving at the airport.

Get a quote now for RV Rental Iceland, simply enter your booking dates, and the booking engine will display all available options.