Oslo, the capital city of Norway, is a historical city that dates back more than 1,000 years. It is filled with landmarks, museums and parks, and is surrounded by the picturesque Oslomarka forest. Drive out of the city and be greeted by other beautiful cities, seaside towns, lovely valleys and magnificent fjords.

Oslo motorhome hire is a fantastic way to explore the East Norway Region and beyond, with motorhome the most popular way to do this. There is a great selection of self contained recreational vehicles available in Oslo, and hundreds of camping grounds are dotted around the region. We have the best deals from top suppliers withe depots in Grimstad, Bergen, Rygge and Stavanger. Top suppliers that include Pure Motorhomes Norway and Touring Cars Norway.

Oslo, the capital city of Norway, is a historical city that dates back more than 1,000 years. It is filled with landmarks, museums and parks, and is surrounded by the picturesque Oslomarka forest. Drive out of the city and be greeted by other beautiful cities, seaside towns, lovely valleys and magnificent fjords. 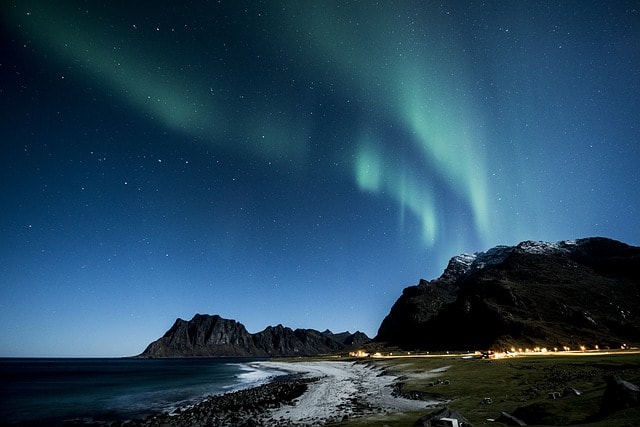 Highway E18:
a scenic drive along the fjords in East Norway, including Drammensfjord, Oslofjord and Sandefjord. Those with time on their hands can continue south to Kristiansand at the very southern tip of the country. On this beautiful drive, park your recreational vehicle overnight at Drammen Holiday Park or Vøra Camping and Beach. Buskerud, which includes Drammensfjord, is famous for hiking as well as skiing. Oslofjord is the famous Fjord in Norway that actually leads to the capital city of Oslo. The fjord is actually so large it boasts over 22 cities surrounding it. Along with many cities, you actually have an abundance of islands along the way. Some of these islands have cars, some are just nature filled – and some are not so easy to get to in general! Sandefjord is actually a place with a pretty awesome and exciting past leading back to the Viking age. If you are here and love history, ask around to here the local legends and see what is actually documented! You won’t be let down.

Hardangervidda:
Norway’s biggest national park is also Northern Europe’s largest highland plateau. It is home to reindeer, hiking paths, lakes, moors and rivers. The drive here is equally beautiful, passing by Tyrifjord Lake on the way to the Krøderen Lake, into the Hallingdal Valley and to the popular skiing town of Geilo. Rest at Stavn og Hytter or Ål Camping. Hardangervidda is actually so large it expands 3 different counties. It is Norway’s largest national park and known for herds of wild reindeer. The national park is actually 3,422 km² (1321 square miles), so it is best to stick to the edges where it is safe unless you are well versed in getting lost! The barren lands of this place are surely worth camping to see the stars and enjoying mother nature. While here, don’t miss one of Norway’s most infamous mountains – Gaustatoppen.

Gudbrandsdalen:
on a breathtaking drive through the mountains and valleys to this picturesque valley that is famous for its world-class skiing. From Oslo, drive north on the E6, along the impressive Mjøsa Lake and into the valley. On this drive, stop and rest at Tangenodden RV park or Lillehammer campgrounds.
Touring cars Norway offer a first class range of campervans from budget 2 berth to luxury 4 berth motorhomes, they have depots at Oslo Rygge and Oslo Gardermoen in Norway. Gudbrandsdalen is home to 5 small towns that are unique and well worth visiting. One of the benefits of getting to explore the countryside of Norway is being able to indulge in Norwegian culture. Enjoy some of the famous snowsports in Kvitfjell, which was built for the 1994 Lillehammer Olympics. It is now considered one of the best places for snowsports in all of Europe.

Road network:
an excellent road network leads to the fjords, the valleys and the mountains surrounding the city, with plenty of petrol stations available.

Alcohol limits:
low at 0.02 per cent, with hefty fines and possible imprisonment for drink-drivers.

Safety:
Norwegians drive on the right-hand side. Using a horn is considered impolite. Drive slowly to avoid hitting animals or sliding on ice if visiting in the winter.

Cost of fuel:
Even more expensive compared to the UK so it is important to plan your tours with this in mind or budget for fuel costs in your holiday costs.

Campervan hire Norway is a popular family holiday type and is in rental campervans from the key depots including Oslo airport do well out. We can offer a wide choice of RVs and motorhomes from budget to luxury.  Touring cars offer a good selection of smaller camping style cars, suitable for young couples. Pure motorhomes cn provide larger 4 and 6 berth luxury campervans at reasonable prices.

McRent Norway offer a first class range of campervans from budget 2 berth to luxury 4 berth motorhomes, they have depots at Oslo Rygge and Oslo Gardermoen in Norway

Create your own review
Rent a Campervan
Average rating:   1 reviews
Anonymous
by Anonymous

Too early to write a pertinent review


Dear RVRentACampervan, thank you for your email requesting f. . . .


We had been searching for the best deal and we found RVRenta. . . .


RVRentacampervan has been excellent in providing good clear . . . .


Following your review request we are happy to say our trip t. . . .


Dear RVRentACampervan, we had a memorable excursion enhance. . . .


We had a great experience booking our campervan holiday onli. . . .


Howdy, Andy We had a supper time and we appreciate you provi. . . .


Hi team at RVRentacampervan. We had a great time. apart from. . . .


Ola RVRentacampervan team, please excuse english we got a fi. . . .


Hi thanks for asking we had a great time with no problems fr. . . .


Easy and clear comparisions of major companies. No extra cos. . . .


We had a memorable time without any hitches in fact there . . . .